For its conformation, its compact and resistant structure, as well as for its draining and hydraulic capacity, represents the innovative solution to face the great problem of the phenomenon connected with the floods.
Over the past twenty years , with the profound change in the climate, a number of calamitous events have occurred, which led to severe flooding , increasingly frequent and harmful to the socio-economic context in which we live and without having received significant responses from those who are delegated to remedy them.
The "NOFLOOD" module is proposed precisely to deal with such emergencies: both for the possibility of being quickly positioned under vast agricultural areas, instead of, generating very high volumes of reservoir and temporary or non-provisional water collection; both for its total environmental and landscape compatibility; and both for his very limited production cost. 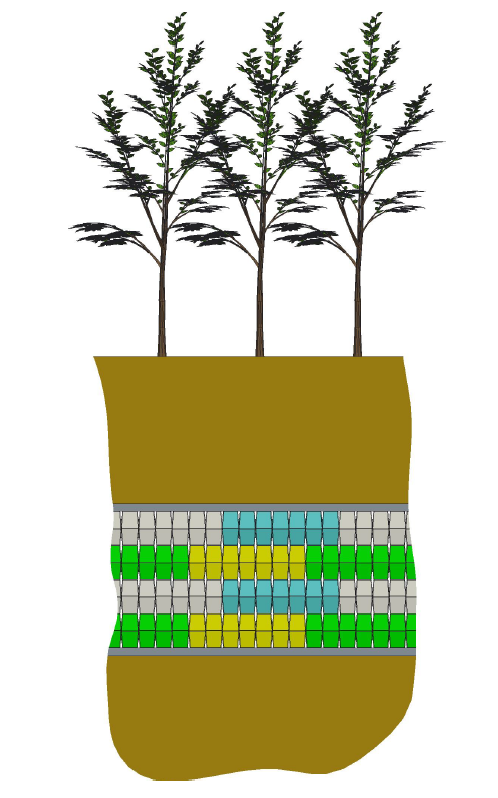 The New Proposal is based on both an unusual aspect, and I would dare to say completely innovative, to create and manage the flow of water into river basins, and both on the design of a specific "NOFLOOD" prefabricated "Hydraulic Module" with thin walls in post-use plastic, at very low cost, which can allow the construction of large underground areas with the function of Reservoir to cope with the excess water of the Flood Wave.

– The first aspect concerns a design of the entire River Basin, starting from historical data relating to rainfall in the different years and in the different areas, with the identification of multiple and widespread "Colmata" areas , such as to constitute a set controlled and managed in a unitary manner to cope in a flexible manner, I would dare to say, programmed for calamitous events that may occur either in the entire basin or in part of it.

– The second innovative aspect is linked to the specificity of a product, the "Hydraulic module”, better described later, which, due to its lightness and its exclusive shape, would allow the construction of such "Colmata" basins with very low costs and with the possibility of obtaining enormous volumes of reservoir , since the thin walls of the Base Module occupy only 1/10 of the total volume.

Another peculiarity of the same Module is that it is structurally load-bearing , so it is able to withstand high static and/or dynamic loads; this allows to cover the volume thus obtained either with earth or other materials depending on the final use of the resulting surface. For example , if you plan to build a fill volume below or in an agricultural area, the crops will still be able to resume as before the intervention, therefore without the need to provide for an expropriation of the areas themselves, or an inhabited area, the same previous destinations may be maintained in squares or roads or green areas .
The impact with the landscape and with the urban fabric will therefore be very modest.

In the illustration alongside the different solutions it clearly emerges how the NEW PROPOSAL represents one solution that is unmatched with the other currently known solutions.
To all this we must also add the possibility of recovering a significant amount of waste or heterogeneous plastic waste , which otherwise would go either to landfills or to the incinerator.
Respect for the landscape, Reduction of Environmental Impacts, New combined management of the different realities of Hydraulic basin and Low costs interventions therefore represent the characterizing and determining factors of this NEW PROPOSAL.

The "NOFLOOD" hydraulic module allows both to create enormous "filled tanks”Below the ground level, to give rise to very large volumes of drinking water or natural gas reservoirs ( according to the various needs ) and also to perform another fundamental task represented by the recovery of large quantities of heterogeneous plastic waste.

The module in question , unlike other products on the market , it has other very important features , completely innovative and useful for its own functions, namely the reversibility and the’anti-seismicity. 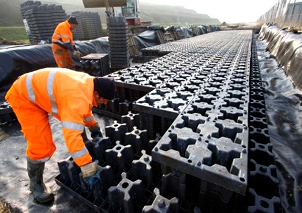 Each load bearing surface is similar to the opposite one; in the tops of the 18 stubs above the center there are 18 male centering devices with conical invitation, to facilitate assembly; in the opposite and alternating ones the female holes are obtained for coupling. Both have a diameter of 40 mm., suitably ribbed, with arrangement at 90 ° between them, such as to confer the necessary rigidity, in the module assembly phase.

The whole structure is adequately self-communicating , with wide passages that allow easy inflow / outflow of rainwater or "filled" in the event of flooding of river courses. 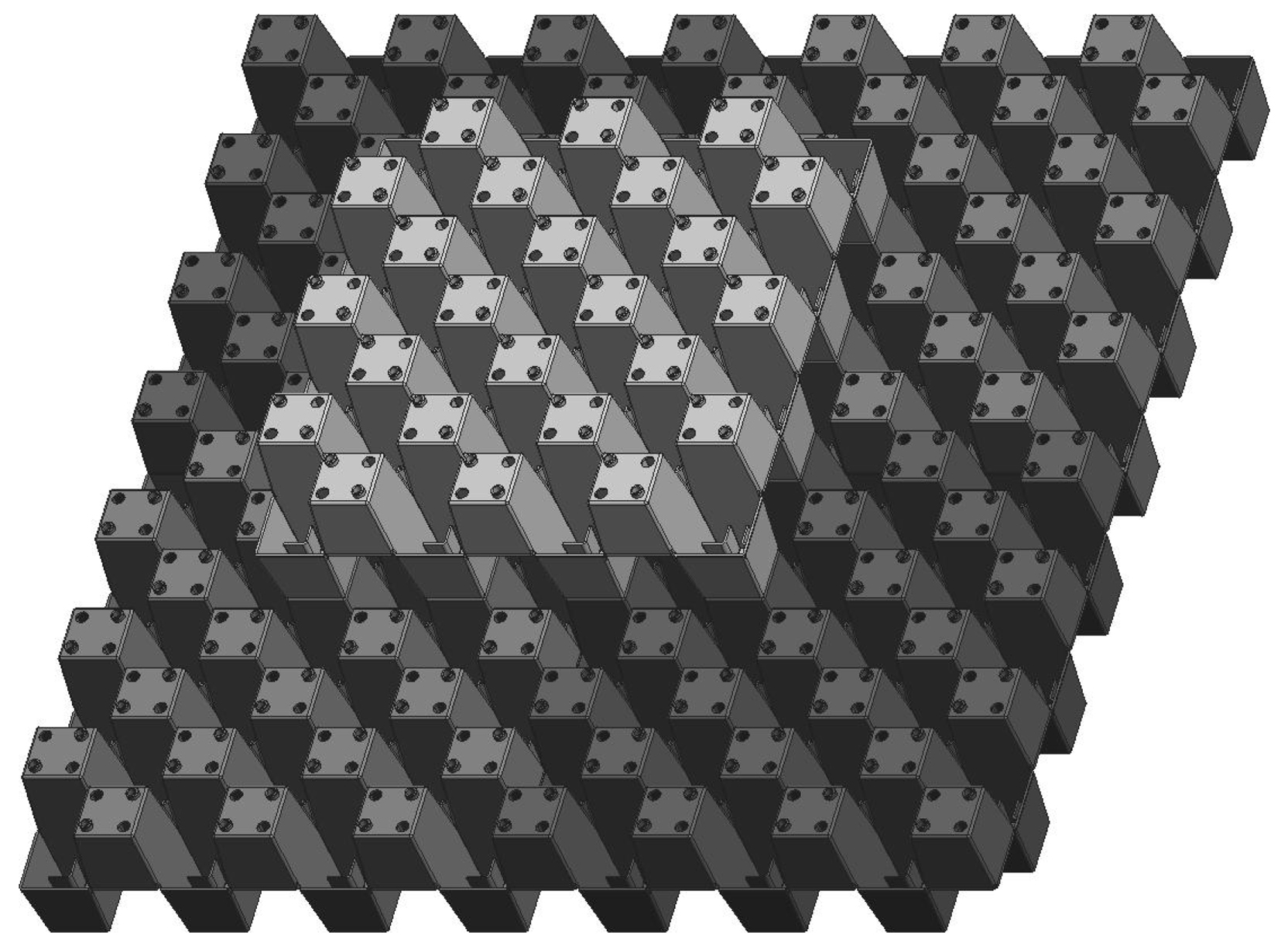 The NOFLOOD Module also has a very competitive cost compared to traditional products; this aspect is also amplified by the fact that the same Module can be realized using Heterogeneous Plastic Waste. 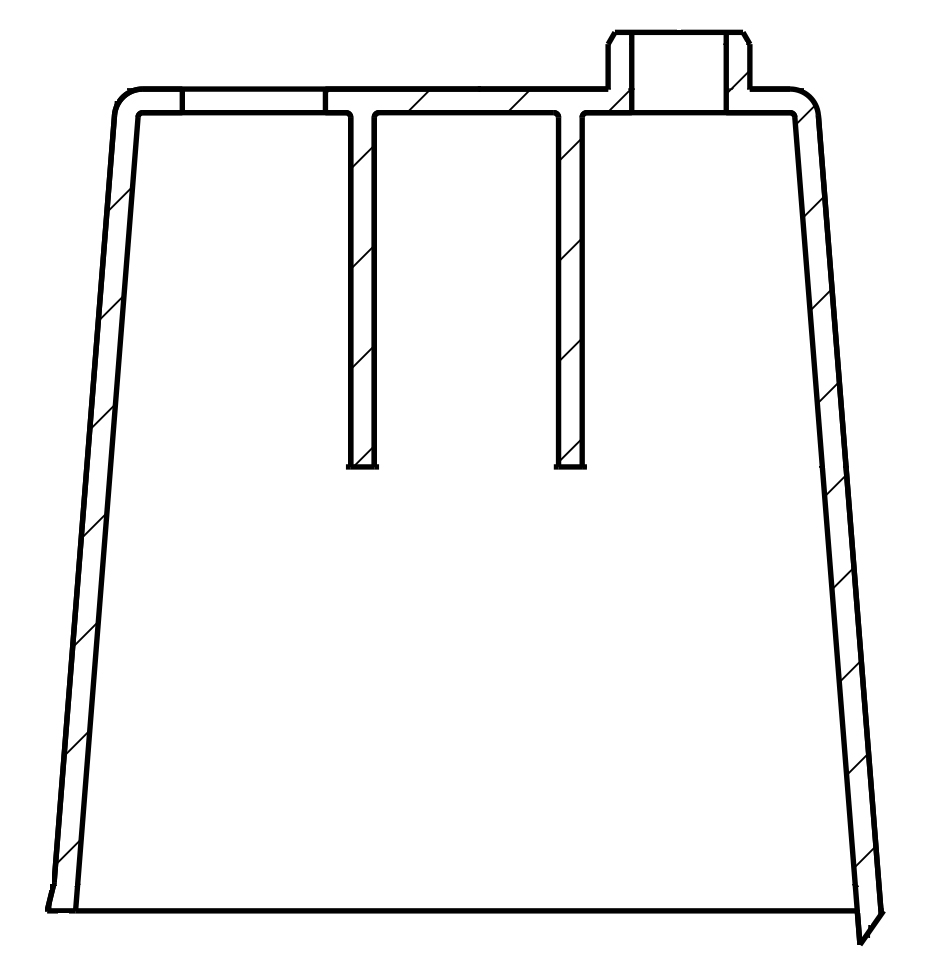 Another characterizing aspect is the stackability of the modules; due to the effect of the 36 intersecting logs, 18 male stubs are formed alternately on one side and the same number in the opposite plane ; the result , that derives from it, is the alternation of male and female logs, such as to allow therefore the stackability of the modules themselves with the drastic reduction of the total volume used and , Consequently , of the relative transport cost.

A load with a 12 m articulated lorry. useful allows you to carry 640 modules,
equivalent to 320 cubic meters. volume and weight of about 22 tons.
It should also be emphasized that , thanks to its extreme lightness , the relative installation it is normally very quick and it could also be much more so if you wanted to use a suitable installation system with automated mechanical arms .

The remarkable competitiveness of this innovative "Hydraulic Module" are :

– Low cost both of the raw material used ( heterogeneous plastic waste otherwise not usable ) , and the large production capacity with multi-mold molding systems;

– Great handling, speed and flexibility of use.